I was born in London in 1950 of refugee parents  from Poland.

In Mexico in 1975 I studied under a Spanish- Mexican painter, Virgilio Ruiz Fernández, the techniques of the old masters using egg tempera. Also intermittently between 1975 and 1986, I studied drawing and oil painting techniques under maestro Juan Blanco Rodriguez (1922-1988) a Mexican painter from San Luis Potosi. From 2012 to 2020 in  South Korea I  studied the techniques of oriental natural colour and pigments on Korean natural paper under Kang Chan Mo, a South Korean painter, 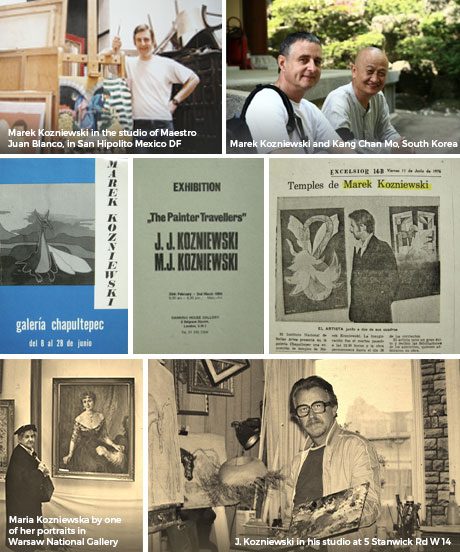 2020 The Artbox Project, Barcelona, Spain, on video screen (March) cancelled due to Covid-19